Folking is a podcast series examining modern & historical issues through the lens of folklore, music and dance traditions, featuring the music and words of independent global musicians and contemporary tradition bearers, everywhere.

"Genevieve's great spirit, curatorial listening and curiosity helpd me articulate a number of things I've wanted to say but couldn't quite formulate.  There's also some music to break up the monologue.  I hope you enjoy it." T.E. 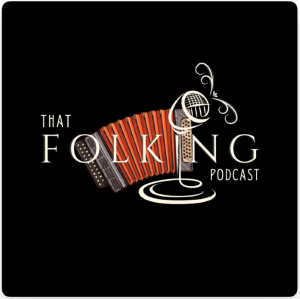 "Tim Eriksen presents two hymns in the Sacred Harp singing tradition against a wintry backdrop of the pastoral Western Massachusetts, United States, in response to Esplanade’s festival, A Tapestry of Sacred Music. In the theme of deliverance, especially in this period of a pandemic, both songs are about experiencing hardship and overcoming it through faith".

Solitude in the Grove
Written by Isaac Watts, 1719
Music by Ananias Davisson, 1817

Esplanade Festival is a charity and not-for-profit organisation, and free programmes such as A Tapestry of Sacred Music are made possible by our funders and donors. The performances at this festival celebrate what we all experience as humans, bringing to the fore our commonality as opposed to differences.

Eriksen last performed in Singapore at Esplanade’s A Tapestry of Sacred Music festival in 2014 at the Esplanade Recital Studio with Singapore vocal group Vox Camerata. 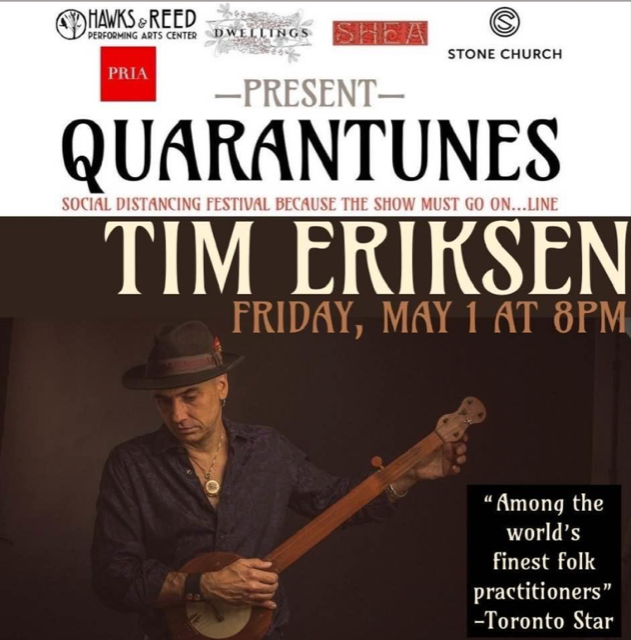 In the wake of Covid-19 show cancellations, your favorite venues and arts hubs in the 413 have come together to create an online concert series because now the show must go on…line.

** Please consider supporting the artists by donating a tip on Venmo to program coordinator @emmaayres or PayPal to sheatheaterartscenter@gmail.com. Funds will be dispersed to performer with a minute portion of proceeds going to the Shea Theater Arts Center. 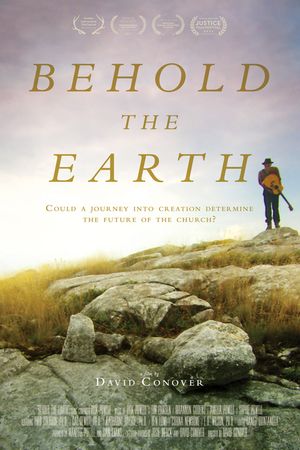 Behold the Earth is a music-rich documentary film that explores America’s divorce from the outdoors through conversations with legendary scientists E.O. Wilson, Cal DeWitt, and Theo Colborn, as well as a new generation of creation-care activists within America’s Christian communities. Katharine Hayhoe, Ben Lowe, and Corina Newsome are close observers of nature, bearing witness to creation, asking tough questions about church engagement with environmental issues. Can these emerging leaders reduce the human degradations of our earth? Can they revive the reach and relevance of America’s Christian and environmental movements? Film director and conservationist David Conover boldly began this film 12 years ago as an inquiry into America’s separation from the outdoors, before and after the arrival of those known as the digital natives. Four time Grammy-award winning musician Dirk Powell leads arrangements of traditional American tunes and hymns with Rhiannon Giddens, Tim Eriksen, and Dirk’s daughters Sophie and Amelia.

Sudbina Theater Company is an up-and-coming theater company based out of the Pioneer Valley, in Massachusetts. Under the direction of theater scholar and playwright, Milan Dragicevich, STC recently completed their successful run of the world premiere of "Refugee" at the Shea Theater Arts Center in Turners Falls, MA. STC aims to engage with shared historical narratives such as displacement, cultural identity, family, and destiny. With collaborators like Grammy-nominated musician, Tim Eriksen, and renowned Serbian theater director, Nikita Milivojević, STC actively engages in current and past world politics in order to entertain, enlighten, and challenge ourselves and audiences. 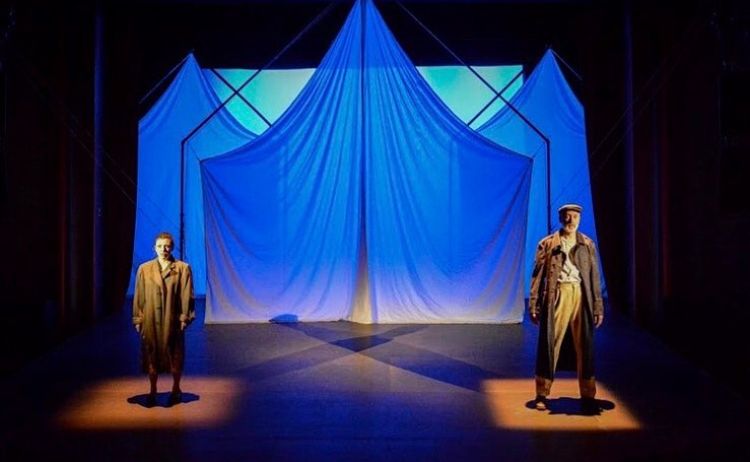 “Creating the music for Refugee has been kind of a dream job for me, in which I have had the rare opportunity to make use of my interest and experience in a wide range of music. The score includes bits of Balkan traditional and popular music, American folk, shape-note singing (by the whole cast!), experimental electric guitar, rock and improvisation on acoustic instruments including porto guitarra, fretless banjo, mbira and flute. I’ve even had a chance to pick up a little kaval, an end blown flute popular in the Middle East and Balkans.
~
It has been especially exciting to collaborate with cast members and to be in on the production from the beginning, finding ways to make music almost a character in its own right rather than something tacked on after the fact.” T.E. 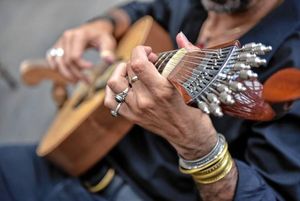 I Wish the Wars Were All Over

Tim's song Chosen by Joan Baez to be her last recorded musical statement-the last song on her farewell album "Whistle Down The Wind." 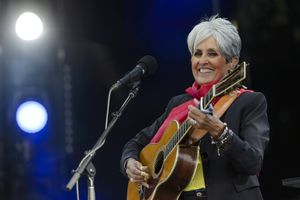 We are entering the end times for some of the biggest touring acts of the last several decades. Elton John, Slayer, Ozzy Osbourne and Kiss have made their respective “end of the road” announcements over the past few months, which are devastating enough, but one of the more tragic goodbyes is from folk legend Joan Baez. A forerunner of protest music and patron saint of social activism, who found her footing in the political hotbed of the 1960s, is in the midst of her “Fare Thee Well Tour” at a time when America needs her most.

Her stark sentiments about the state of the world are reflected in her latest album, “Whistle Down The Wind,” featuring beatific covers of contemporary artists including the pensive acoustic strummer “I Wish The Wars Were All Over” (Tim Eriksen)  read whole article here