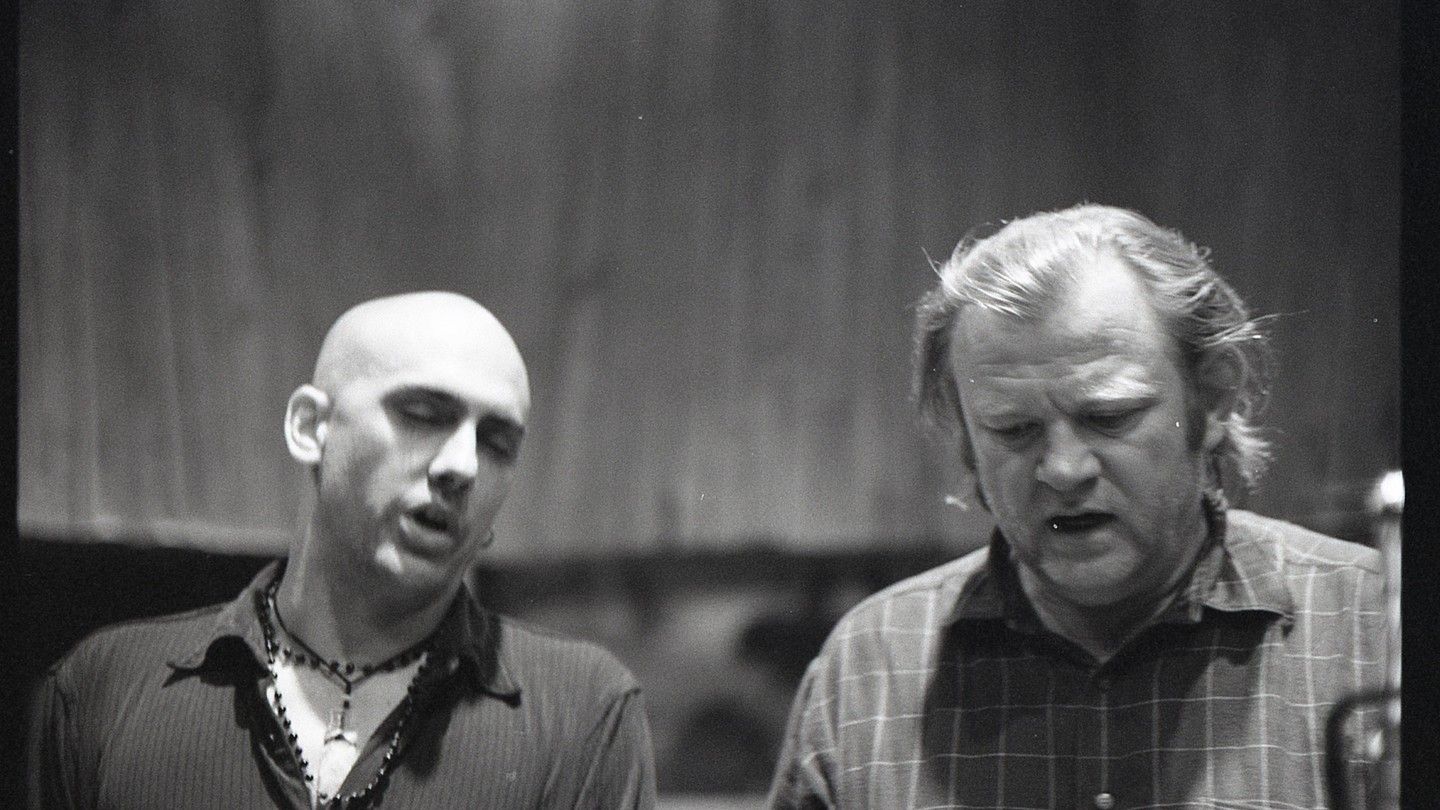 TE and Brendan Gleeson, June 2002 photo by John Cohen. We'll be remembering John at the Brooklyn Folk Festival this weekend.

Following the screening there will be live old time music from Nora Brown and the Down Hill Strugglers.

“One could say that the treasures of the earth may be found between the eyes of John Cohen.”
– Patti Smith