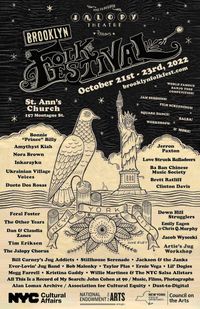 NYC FILM PREMIERE: Different Johns - a documentary film that explores the different lives of John Cohen: folk musician, photographer, teacher, filmmaker and one of the faces of the Beat Generation. The film shines a light on America: its artists, its history, its reality - through this story of a un-conventional American. Followed by Tim solo concert.